This new software is the most efficient and affordable option for OmniScan data analysis, and features the same analysis tools provided in the OmniScan onboard software, with the added flexibility of running on a personal computer. 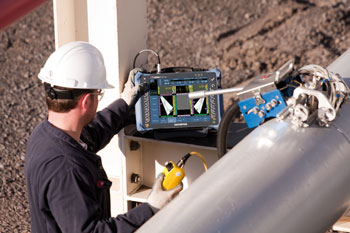 Select your part geometry and define your weld, probe, wedge, and groups
for your inspection directly on your computer for fast setup preparation.

Once you have completed the definition of the inspection configuration in
NDT SetupBuilder, you can export the parameters with just one click and
import them into the OmniScan MX2 and SX flaw detectors.

Inspection data is transferred from the OmniScan to the OmniPC software on
your computer for analysis and reporting. That leaves the OmniScan
available to scan another part.

With OmniPC, the OmniScan unit can now be used
strictly for scanning while analysis is performed
simultaneously on a personal computer. This
software can also be used in conjunction with
extra-large screens for increased visibility, and
with keyboard shortcuts for faster operations.

OmniPC software benefits from the same user
interface as the OmniScan software. No need to
learn new software for the analysis of your
OmniScan data files.

OmniPC adds a new feature for corrosion
applications. You can export the complete C-Scan
values to a *.txt file for further analysis. The
values can be visualized in the Notepad, Excel,
Matlab or any other software in which you wish to
do your analysis. 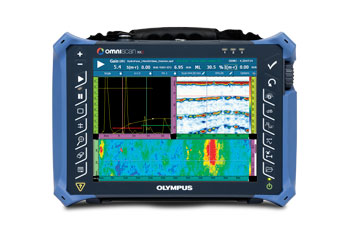 Perform your acquisition on any
OmniScan instrument. 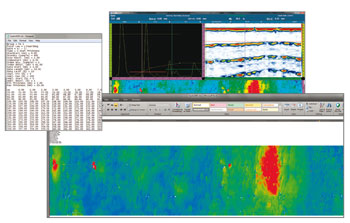 Export as a .txt file and perform
analysis on the software of your
choice.